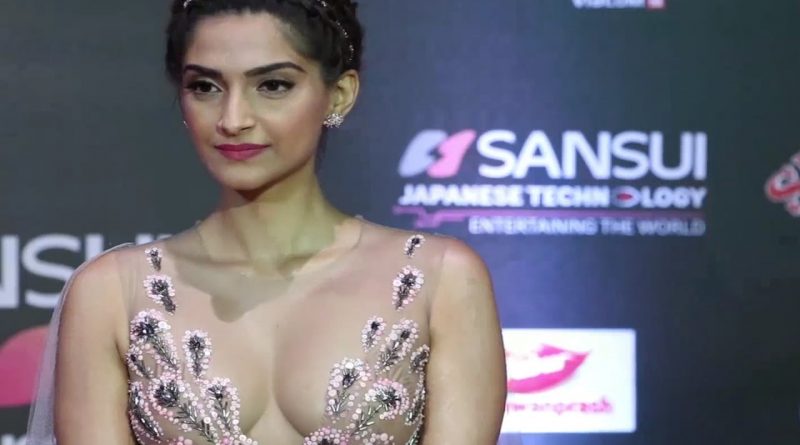 Sonam Kapoor is an Indian Bollywood actress. She included in the list of Forbes India’s Celebrity 100 based on income and popularity. Kapoor made her acting debut with the movie Saawariya, which was directed by Sanjay Leela Bhansali’s.

Here is a short summary of Sonam Kapoor's career:

She starts taking interest while working as an assistant director. Sanjay offered her role as the lead actress in the movie Saawariya. The actress lost 35 kilograms of weight for the role. In her debut film, she played the role of a Muslim girl. Saawariya was the first movie that was produced by Sony Pictures Entertainment and was a big flop. After two years, she works in the movie Delhi-6 opposite Waheeda Rehman and Abhishek Bachpan. The movie received useful review but did not perform well on box-office. She takes inspiration from Waheeda Rehman and Nutan

She dated Sahir Berry for a few months later broke up with him. The actress married Anand Ahuja on May 08, 2018, in a traditional Sikh ceremony.

I like wearing beautiful clothes, but that does not translate into my work. People don’t like to see me as a glam doll in my movies. My audience and the media love me with two different perceptions. It’s a strange, crazy situation.

I have aspirations to conquer the world. Let’s see what happens.

I’m honest. If someone asks about my weight loss, I tell them I have five people working on me, plus there’s Photoshop. I tell them I can’t eat everything and look good. I was unhealthy when I was fat, and now I’m a normal body type. I’m not special; I’m just an actress, and boys and girls are intelligent enough to recognise that.

I am Anil Kapoor’s daughter, so I am always compared with legends. It is a part and parcel of my life.

I may not be the number one movie star, or my films might not be doing too good. I am grateful for what life has offered me. I have got a great family, parents are together, have a great sister, I get to holiday. All these things make me grateful towards life, for everything. I always say – have an attitude of gratitude.