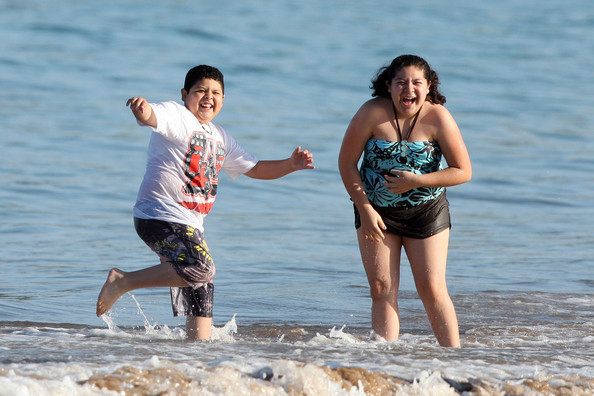 Raini is an American actress who is famously known for her character in Trish in the TV sitcom series Austin & Ally, which was aired for five years as from 2011 to 2016, and it earned her a lot of fame. She is also famous for playing notable film roles such as Maya Blart in 2009’s Paul Blart: Mall Cop and its sequel, Tess in 2011’s prom to which she was awarded the Best Young Television Actress at the Imagen Awards and Tavita in 2012 Girls in Progress. She has also known for her talent as a musician, and she starred in Living Your Dream and also appeared in a mash-up for Disney Channel Play.

Here is a short summary of Raini Rodriguez's career:

After moving to California to pursue a career in the entertainment industry, Osser took over as a manager. Raini Rodriguez has managed to appear in several TV films and series released in different years, including Parker in 2007, Babysitters Beware in 2008, Paul Blart: Mall Cop, Slice of Water, and Gordita in 2009. She as well had appearances on Prom and Last Chance Lloyd in 2011, Girl in Progress as Tavita in 2012, and lent her voice to the character Nobuko Kadoya in When Marnie Was There, in 2014, Paul Blart: Mall Cop 2 and Bob’s Broken Sleigh in 2015.

Raini is not yet married, but she was previously in a relationship with Calum Worthy Billy Unger. She has a daughter, Andrea Rodriguez. She is currently single living in Los Angeles, California, United States.

That’s So Raven’ was my favorite show growing up! I loved Raven so much! That show is what made me want to be on Disney Channel! 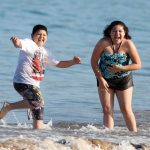 Sometimes it’s easy to see the negative side of things or question why people bully you. You could think, ‘Maybe they’re right. Maybe I’m not worth it. Maybe I should just quit.’ But that’s when you should fight the hardest. Now I don’t mean fight physically, but mentally. Keep being you.

Bullying is never fun, it’s a cruel and terrible thing to do to someone. If you are being bullied, it is not your fault. No one deserves to be bullied, ever.

I am in love with old school funk and soul music. That’s what I grew up listening to, and I want to bring that style back with my music. I love artists like Stevie Wonder, Donna Summer, Aretha Franklin, Michael Jackson, Earth, Wind, & Fire, Bruno Mars, Justin Timberlake, and more!

There are different types of bullying; one of the biggest ones out there right now is cyberbullying. I had the privilege of filming an ‘Austin & Ally’ episode centered on cyberbullying, how it can get out of control, the ups and downs that you feel, and how to deal with it.