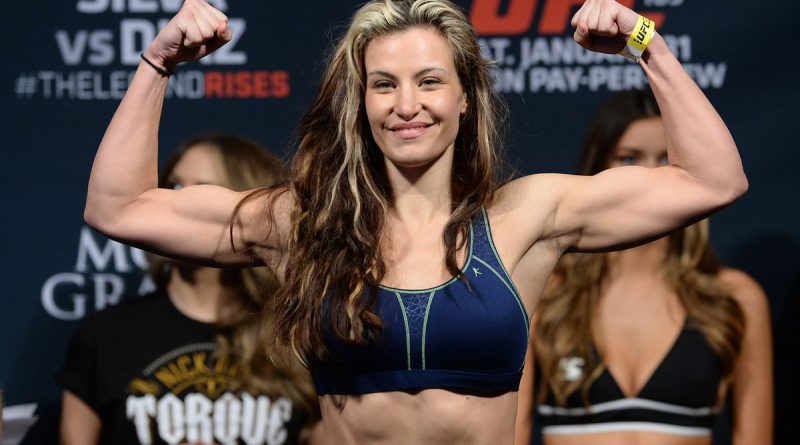 Miesha Tate is a well-known Mixed Martial Arts Pundit from America who is a former mixed martial artist who has competed in the UFC (Ultimate Fighting Championship). Tate has won the UFC Women’s Bantamweight Championship during her career as a professional MMA. She has earned her purple belt in Brazilian Jiu-Jitsu. After her retirement, she joined Fox Sports in the UFC analytical desk.

Here is a short summary of Miesha Tate's career:

Meisha Tate’s first amateur bout happened against Muay Thai specialist Elizabeth Posener in March 2006. Before turning pro, her amateur record was 5-1. In November 2007, she made her professional debut as a mixed martial artist.

Miesha Tate was in a relationship with professional martial artist Bryan Caraway from 2006 to 2016. In 2014, she saved the life of Caraway’s mother when she got an asthma attack. She has also helped a young girl with a broken arm by carrying her while hiking.

I’m a woman who’s been in a man’s sport since the age of 15, and to see people finally seeing what I saw right from the start, that female fighters are just as good ‘pound-for-pound’ as our male counterparts. 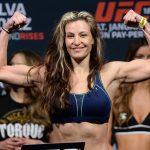 Every single woman that fights MMA has done just as much work as Ronda has; we just haven’t gotten as much turnaround. Those women who came before her haven’t been on magazine covers. They weren’t plastered everywhere by the UFC. They didn’t get the same reward back.

People like myself have been pushing, competing, and promoting female MMA for a long time, and to see the fans accept a female division in the UFC so quickly is vindication that all that hard work amounted to something.

I think people relate to the person who gets knocked down or maybe has to come from behind and get that victory.

I train twice a day, and I make sure I eat right. I’m an avid tea drinker, and I enjoy the benefits of drinking MateFit. It gives me energy, speeds up my metabolism and helps me shed excess water weight. I also do everything from MMA sparring to strength and conditioning. I make sure to do a combination of different things with my training.