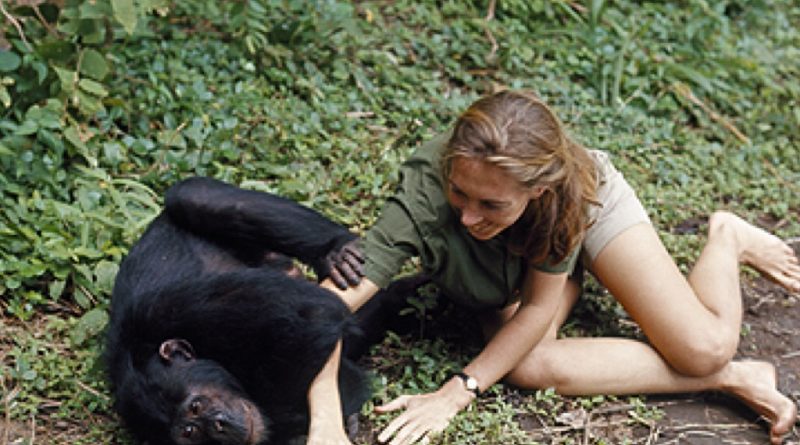 Most are the times that we humans see how fellow humans are being mistreated, and few of us take note of how animals are mistreated. Someone who realizes that animals also need the same care we humans need is considered more humane. Well, Jane Goodall is just that type of person. Jane took note and studied (primatology) the behavior of primates in order to take good care of them.

Here is a short summary of Jane Goodall's career:

Goodall has studied the behavior of chimpanzees for most of her life. In 1960, she started studying the Kasakela chimpanzee community in Gombe Stream National Park. She observed these chimpanzees closely, naming them instead of giving them numbers. Studying their personalities, she concluded that not only humans could have different personalities. While observing their traits, she deferred with whatever scientists said that only humans who are capable of making tools and that chimpanzees are vegetarians.

Goodall was married to Hugo Van Lawick, a photographer on March 28, 1964, at Chelsea Old Church, London. However, their marriage did not last until forever as the vows, and they got a divorce in 1974. The following year was a merry again as Jane married Derek Bryceson, who was by then a member of Tanzania’s parliament and the director of the country’s national park.

It was both fascinating and appalling to learn that chimpanzees were capable of hostile and territorial behavior that was not unlike certain forms of primitive human warfare. 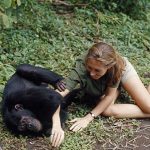 As a small child in England, I had this dream of going to Africa. We didn’t have any money and I was a girl, so everyone except my mother laughed at it. When I left school, there was no money for me to go to university, so I went to secretarial college and got a job.

Words can be said in bitterness and anger, and often there seems to be an element of truth in the nastiness. And words don’t go away, they just echo around.

Change happens by listening and then starting a dialogue with the people who are doing something you don’t believe is right.

I was born in London in England in 1934. I went through, as a child, the horrors of World War II, through a time when food was rationed and we learned to be very careful, and we never had more to eat than what we needed to eat. There was no waste. Everything was used.